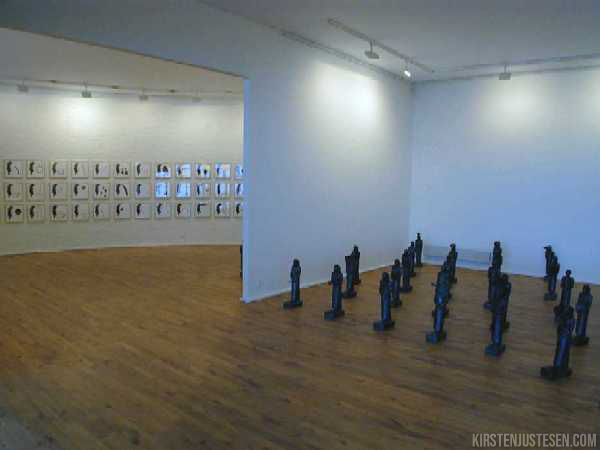 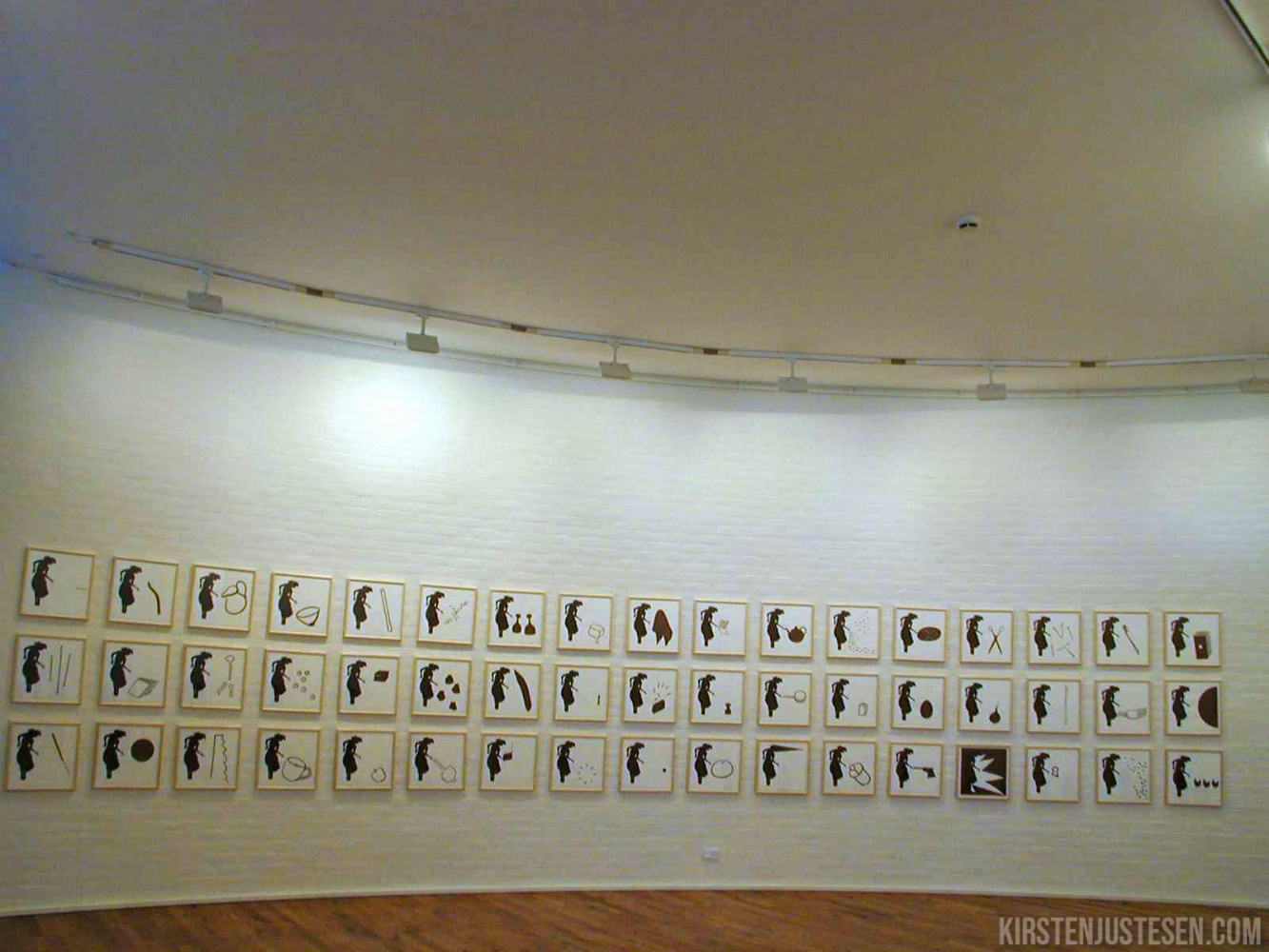 This exhibition can be seen as a reflection of the tale that has the rumour about the holy St. Catherine of Alexandria as its point of departure.

The early works are studies dating from my first encounter with the figure of Catherine (in Danish Katrine or Katharina) in the Danish town of Hjørring in the early 1970s; a figure that I have come across in countless other places since then. In and around Danish churches, for example, it is possible to identify more than 100 depictions of St. Catherine. These images were created over the course of several centuries and include various attributes such as a sword, the Catherine wheel, books, a lily, a palm branch, and Imperial symbols placed at the hem of her dress.

The year 1985 saw the official unveiling of an 8 x 3 m ceramic relief, CATHERINE OF HJØRRING, in the Godthåb Hall in Hjørring. At the same time, the exhibition SKETCHES FOR MURAL was shown at Køge Skitsesamling and Hjørring Museum, now Vendsysel Kunstmuseum.
A number of suggestions and samples in the form of a lion (the Roman emperor Maxentius) form part of the exhibition alongside photographic studies for the CATHERINE RELIEFS and DANCE PICTURES.

The exhibition shows the dancing figure with attributes in 51 serigraphic drawings. These works form a score for the FAMA CONCERT, 51 oxidised stoneware figures.
The statements made by these figures evolved as studies for the exhibition FAMA INSTANT SAINTS, which took place in 1998–97 at Nikolaj, the Copenhagen Contemporary Art Centre.

That exhibition, which covered a span of 51 days, gradually gave rise to an installation in which RUMOUR took shape.
One of the elements of this installation was the daily addition of an object / attribute in the form of a ready-made.
At the concerts held within the church space, one each day, this object / attribute was used for TIMBRE, as all the objects / attributes added were capable of emitting a sound.
Thus, each of the 51 objects / attributes were integrated into the stoneware figures, which were all based on the same Egyptian figure.
The 51 elementary objects refer to a function, a language, and a possible story. With their surreal and sudden appearances, each of them acts as an ATTRIBUTE for an INSTANT SAINT, even as the 51 figures join up to form the score for a CONCERT which holds clues and links to our senses: What the body touches, the eye sees, and the ear hears.

FAMA is the name of the goddess of rumour, or so I HAVE HEARD.